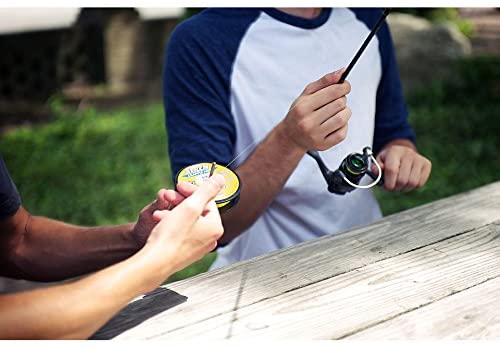 baitcaster is a fishing reel that is mounted on the top of the rod. It is used for casting light lures or baits over a long distance. baitcasters are popular with bass fishers because they can make long and accurate casts. When a baitcaster is used, the movement of the line is transferred directly to the lure or bait. This allows the angler to cast further than they could with a conventional reel since the length of their rod does not limit them. Here we will guide you on How to Choose The Right Baitcaster.If you are beginners then you can check out ours best baitcasting reels for beginners.

How to Choose The Right Baitcaster

Baitcaster is a fishing gear that helps fishers to catch different types of fish. There are different bait casters out there, and it is important to choose the right one for your fishing style.

The Weight and Size of the Reel

The reel is an important piece of fishing gear. You use it to wind your line back on after you make a cast. There are different sizes and weights of reels to choose from. The weight of the reel is important because it affects how easy it is to hold up in your hand. The size of the reel also matters. You want one that will fit comfortably in your hand and has enough space to hold all the line you need.

The Gear Ratio of the Reel

The reel’s gear ratio is important when determining how many lines you can retrieve per turn of the crank. A higher gear ratio will result in more lines retrieved per turn, while a lower gear ratio will cause fewer lines to be retrieved with each turn. This is an important consideration when choosing a reel for certain fishing applications. For example, if you are targeting larger fish that require more line to be brought in, you will want to choose a reel with a higher gear ratio. Conversely, if you are after smaller fish that don’t need as much line, a reel with a lower gear ratio would be better suited for your needs.

The Brake System of the Reel

When you go fishing, the last thing you want is for your reel to fail. The reel’s brake system helps prevent this from happening by keeping the spool in place. There are a few different types of brake systems, but they all work in basically the same way. The most common type is the centrifugal brake, which uses a weight to keep the spool from spinning too fast. Other types of brakes include magnetic and hydraulic brakes.

The Price of the Reel

In the market for a new fishing reel? You may be wondering how much you should spend. The price of a reel can vary depending on the type and quality of the reel. Entry-level reels typically cost around $30, while high-end models can run over $200. we also reviewed affordable baitcaster which are highly recommended for beginners.

When choosing a reel, it’s important to consider your budget and the fish you plan to catch. An entry-level reel will likely do the job if you’re targeting smaller fish. But if you’re after larger fish, you’ll need a reel that can handle more lines and has a higher drag capacity.

Before making a purchase, be sure to read reviews from other anglers to get an idea of what to expect from different reels. It’s also important to consider where you’ll be fishing.

A baitcasting reel is a type of fishing reel specifically designed for bait use. Baitcasting reels typically have a narrow width and a long handle, which makes them easy to maneuver while casting. They are also often equipped with multiple bearings that allow the user to adjust the drag setting easily.

As a fisherman, you know that spinning your reel is one of the most important parts of your fishing gear. But what if there was an alternative to spinning? Baitcaster is a new fishing technology that uses baitcasting reels to catch fish.

Baitcasters use a small spool to cast tiny baits instead of large lures. The smaller the bait, the more sensitive it is to the bite. This means you can put in less effort and still get results.

-They’re versatile – You can use them to catch both largemouth and smallmouth bass.

-They can be used in both saltwater and freshwater

-They’re easy to use because they’re so simple.

-You don’t need to worry about the line being too heavy or too light; you just have to make sure it’s the right length.

There are a few key differences between baitcasters and conventional reels:

There are pros and cons to each technique, so it’s important to weigh them before deciding which is the best for you.

Spinning is more popular because it’s easier to learn. Baitcasting can be more accurate if you have good hand-eye coordination, but it’s harder to spin lures near the bottom of a river or lake.

With spinning, you can use a lure in the same size and shape as you would use on a hook. Baitcasting requires lures that are smaller than what you’d normally use on a hook. Spinning is easier to learn because it’s less complicated than baitcasting.

Are you a baitcaster novice or an experienced angler looking for new challenges? If so, you may want to try jigging with a baitcaster. Jigging with a baitcaster is a great way to add another layer of challenge to your fishing adventure. Baitcasters are capable of casting very large lures out too long distances, so they are perfect for deep fishing water and cover where traditional casting techniques may be ineffective. Jigs can also be weighted to simulate different types of prey, making them an effective tool for catching fish in close quarters as well.

Hi, I'm John and living in Florida. I'm a well-known writer and known to be the author of most of the articles published on various fishing reel sites. I am an avid fisherman and expert when it comes to fishing reels. I'm also a part-time lecturer in the university and conduct classes on fishing reels and fishing rods.